Refugee crisis brings racist rhetoric back into the European mainstream 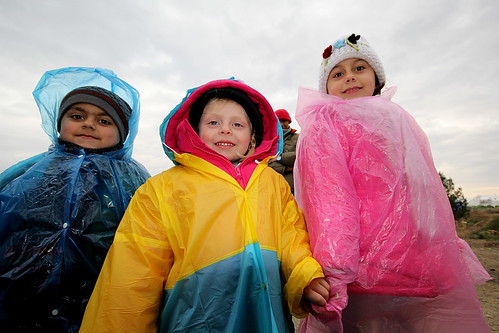 The current refugee crisis  has awakened the very worst in Europe's collective psyche, with racist rhetoric that would have been considered unacceptable in "respectable" discourse a few years ago becoming part of mainstream political discussions. Ideas and attitudes that were once the preserve of far right extremists are gradually worming their way into media and political debate as the arrival of refugees prompts responses that often verges on the hysterical.

Bishop Anthimos, who has long been a fixed feature of the Greek Orthodox ultra-nationalist far right addressed a conference on Sunday in the northern Greek city of Thessaloniki in order to draw attention to the supposed threat of the "Islamisation" of Europe. In this he is hardly along as similar ideas are quickly gaining ground in other nations (just see Hungary's PM, Viktor Orban and the rise of the Pegida movement in Germany and elsewhere. With austerity policies making the traditional parties of power ever increasingly unpopular, many politicians have been happy to scapegoat refugees directly or ride the wave of fear whipped up by mainstream media outlets looking to boost flagging ratings and declining political influence.

With many European states willing to use heavily armed NATO warships to stem the flow of refugees in the Aegean and fund Macedonia to fence in EU member, Greece the fear of the Other so shamelessly cultivated by much the continent's mainstream media is bearing poisonous fruit, Once more Europe has shown that Fear sells, both at the polling both and the news stand.
Posted by teacher dude at 1:54 pm No comments:


This Afghan father agreed to talk to us and his son translated. The interview took place on 10th February 2016 as the two were waiting to cross into FYR Macedonia, the next stage of their journey to Germany.
Posted by teacher dude at 8:37 pm 1 comment:


With Greek farmers blocking highways across the country coaches carrying refugees from Athens to the northern border crossing are being forced to take provincial roads. As a result the journey can take more than 12 hours.

To add to an already chaotic situation the Greek police are unwilling or unable to provide information to NGOs and volunteer groups at Eidomeni concerning when and how many coaches are arriving on any given day.

Partly, this is due to the police's long standing hostility to humanitarian groups operating at the camp, partly, it is incompetence. Although the police have been given the responsibility of monitoring refugee coaches on the move they do not seem to be able to implement this policy in practice.

As a result making decision about how much, food, water and other forms of aid will be needed becomes a matter of guesswork.

The Refugee Solidarity Movement of Thessaloniki - Eidomeni was on hand to give out cups of hot sweet tea last Wednesday and Saturday but with few arrivals we had far fewer "customers" than on other occasions. Still, plenty waiting in the camp to cross the border were happy for the offer of a cup of tea.

Other volunteers helped out at the clothing distribution tent where their Arabic/Greek/English speaking skills were much appreciated.

Fortunately, the border was open for much of the day, though how long it will so is unsure as FYR Macedonia and Greece come under ever more pressure from northern EU nations to stem the flow of refugees taking the Western Balkan Route from the Aegean to northern Europe.

Posted by teacher dude at 2:37 pm No comments:

Welcome to Denmark - Now hand over your cash!

Apparently, the Danish government is not at all happy with the international attention it has garnered in the wake of law that would allow the authorities to seize assets from those applying for asylum in order to pay for their stay, and this in one of the richest nations on Earth. The law also extends the the time period after which family members can join loved ones from one to three years. 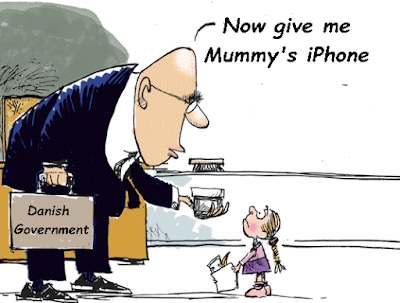 The Danish coalition government which includes the far right Venstre party has defended these measures saying that Danish citizens seeking help from the State are subject to the same regulations, however, as the more astute of you will have noticed, no Danes have been bombed out of their homes in Odense or have been forced to flee murderous death squads in Aarhus with just what they can carry. 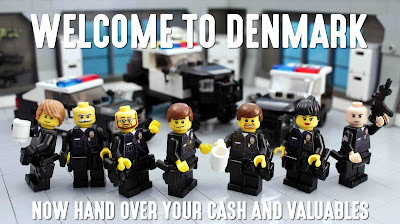 Posted by teacher dude at 8:15 pm No comments:

The major ferry strike which cut off the Greek islands from the mainland meant that when it ended  on the 31st January there was a sudden surge in the number of refugees heading from Athens to the Eidomeni transit camp on Greece's northern border with FYR Macedonia. The situation was further exacerbated by with the unwillingness of the FYR Macedonian government to open the border crossing at Eidomeni to more than a fraction of refugees. The result was an an explosive situation in the camp as thousands of tired, hungry people waited in limbo unsure of what they had to to face next.

On Wednesday 3 February riot police were deployed in an attempt to keep control of a steadily deteriorating situation as thousands sought to get their papers stamped by the Greek police, without which they would not be allowed to cross into FYR Macedonia.

With camps full to overflowing, many refugee families were forced to sleep out in the open in freezing temperatures for three nights and with little information about if or when they would be allowed to continue their journey.

Behind the decision on whether to open or close the border lie a multitude of political calculations in which smaller Balkan nations juggle the intense political pressure they are under from northern EU nations to stop the flow of refugees with the fear that they will become a dumping ground for people nations such as France, Germany and Denmark do not want to accept.

As the EU continues to prevaricate and avoids taking concrete decisions concerning the refugee crisis in Greece and the rest of the Balkans, it is the youngest and most vulnerable who continue to pay for their ineptitude and vacillation.
Posted by teacher dude at 1:22 pm No comments:

Refugee Solidarity Movement Thessaloniki and Eidomeni - What we do.

A surge in arrivals at the Eidomeni transit camp on Greece's northern border with Macedonia obliged the Greek police to open the main camps in order to deal with the increase in refugee numbers. However, the Macedonian border was often closed in late January for long stretches at a time and without warning leading to long delays. Even when it was open only a trickle of refugees were allowed to cross in order to continue their journey north.

Once again the Refugee Solidarity Movement of Thessaloniki and Eidomeni were there to hand out hot, sweet tea and help out wherever there is a need. Thankfully, we have built up good working relations with NGOs who operate there 24/7 and volunteers from our group often lend a hand when things are rushed and help is needed.
Posted by teacher dude at 12:05 pm 1 comment: