Students, teachers and health workers march in protest against Greek government spending cuts, originally uploaded by Teacher Dude's BBQ.
Educators and pupils today took part in the latest of a series of demonstrations against plans by Greek minister for education Anna Diamantopoulou to close or merge 1953 high schools nationwide. Despite claims that the shake up in secondary education is being carried out for educational reasons trade unionists say that the cutbacks are part of a wider plan to bring down Greece's public spending bill.

In the northern port city of Thessaloniki 1,500 people took part in a march to protest the changes which are part of a wider shake up in the country's educational system. However, many teachers voiced their doubts over whether such changes can bring about an improvement in Greece's economic performance which has been in freefall since the imposition of austerity measures by the nation's creditors in 2010.

With unemployment set to reach record post war levels this year, government coffers empty and GDP down 6.6% many teachers and other civil service employees believe that that the current reforms have less to do with with upgrading the school system than balancing the books.

Greek economic crisis in a picture: Poverty and protest.

Greek economic crisis in a picture: Poverty and protest., originally uploaded by Teacher Dude's BBQ.
Posted by teacher dude at 5:57 pm No comments:

Protesters unhappy with with austerity measures and Greece's involvement in Nato's Libyan campaign demonstrated during the annual independence day parades leading to the intervention of riot police .

www.demotix.com/news/635506/greek-independence-celebratio...
Posted by teacher dude at 2:14 pm No comments:

The use and abuse of Wikileaks in Greece 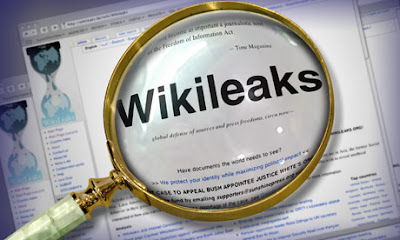 While Wikileaks has upturned much of the way in which states interact with the media, the effects of this upheaval have only impacted Greece only tangentially with very few of the US State department cables from Athens to Washington reaching the light of day (as I write this just four are available from the Cablegate mirror site).

After an initial flurry of newspaper and TV activity the issue disappeared from public view. However with the deal between the Norwegian daily Aftenposten and the Kathimerini newspaper and its sister TV channel Skai Wikileaks has once more become part of the local media landscape. Skai investigative TV show, Oi Fakeloi (The Files) has started running a series of programs which are using the material from the cables to shed light of areas of Greek political policy such as the relationships between Athens and its neighbours.

In that respect Wikileaks has fulfilled its mandate of allowing ordinary citizens to judge for themselves decision, often taken in secret by their own governments yet the Greek media, including the corporation that owns both Kathimerini and Skai is not just a neutral means of informing people about local and world events. As the US embassy cable from Athens pointed out;

In this respect Skai and Kathimerini are no different to other media group operating in Greece and the fact that the both have their own political and economic agenda is obvious on most days. However, while most media outlets worldwide have their own ideological "leanings" there is a world of difference between adhering to a political or economic line and using your platform to exercise political pressure to push through policies favourable to the owner.

While the journalist working on The Fakeloi are serious in their intent of getting to the truth in Greek political life they are simply a small part of the media wing which is being used to gain leverage over a democratically elected government. In the case of Skai News reporting is being used as a battering ram to get Athens to adhere to a policy of public spending cuts and greater austerity measures which is deeply unpopular amongst the population in general.

Almost nightly the ruling PASOK administration is under fire for not fulfilling some aspect of the austerity package agreed by the troika (IMF, European Central Bank and the EU Commission). On the other hand legislation or policies which follow the line set down by Greece's creditors are often lavished with praise or presented without critical analysis.

Protests, however, by Greeks over cuts in living standards or loss of livliehoods are often go unreported or are termed acts of extremism. Case in point being the recent series of demonstrations against members of the government during public appearances. Such incidents have been condemned as an attack on democratic institutions and in some reports described as acts of fascist terrorism.While one might not agree with booing politicians and pelting them with yoghurt such cases cannot be compared with say, Kristallnacht which was the line put forward by Kathimerini columnist Angelos Stangou in an article publish last week.

In such an atmosphere the decision by Aftenposten and by default Wikileaks has given a media corporation with its own very particular agenda and enormously powerful tool to blackmail those in power. If they deviate from a favourable line then the threat of damaging revelations from Cablegate can be used to prompt a change of heart. This is not what Wikileaks was meant to be about, it was not envisaged as means of extorting preferential treatment for the rich and powerful but rather giving ordinary people the means to oversee their own rulers.

Unless the remainder of the State Department cables concerning Greece are released for scrutinisation then the ideals of Julian Assange and the other founders of Wikileaks are in danger of being compromised.

Posted by teacher dude at 4:02 pm No comments:

The 13th Thessaloniki Documentary Film Festival is in full swing and yesterday I had the chance to see two great documentaries that managed to combine compelling stories, beautiful images and a strong message. The Tillman Story is a moving account of US football star Pat Tillman who gave up a multi -million dollar contract to join the Army, only to be killed by his own side during a botched operation in Afghanistan.

Director Amir Bar-Lev and screenwriter Mark  Monroe take a unjaded look at how the US military and political leadership lied about the incident in order to spin a more acceptable patriotic version of the truth. In doing so we have an insight into how the media across the board  also fell in line with the official line to produce what amounted to a propaganda campaign in support of the Bush administration's foreign war policy.

However, don't let the politics put you off as Bar-Lev has produced a movie that is full of intrigue, suspense and human emotion in the raw. For those of you who missed the previous showing there is another showing at 8pm, Thursday at the Olympion cinema, Aristotelous Square (the film is in English with Greek subtitles).

The second movie I managed to catch is Wiebo's War which examines the life of a Christian community in Alberta, Canada and their struggle with oil companies who started drilling in the area. The resulting environmental destruction set in motion a series of events that would pit Wiebo Ludwig's group against both energy corporations and their neighbours. Once again we have a film with a powerful plot and beautiful images to tell a story that is both moving and has a strong sense of narrative. As a result film maker David York avoids giving the viewer the sense that s/he are being preached at.  A trap into which many documentaries with worthy topics sadly fall into.

The film can be seen again at 24.00 (yikes) on Thursday at the Olympion cinema. If you are around at that time I recommend the film unreservedly.

Last but not least, Enraged December - Οργισμένος Δεκέμβρης  can be seen at 3.30pm today at the Stavros Tornes theatre (in the  port).

The Battle of Greece has begun

Posted by teacher dude at 8:01 pm No comments:


You can see Enraged December - Οργισμένος Δεκέμβρης this Sunday 8pm at the Tonia Maretaki screen which is in Warehouse D, the port, Thessaloniki.

"What was the uprising of December 2008? Who participated? What were the causes and how will it affect the future of socio-political demands in Greece? All these questions are trying to find answers in the documentary Enraged December which was filmed by a group of people who met in Thessaloniki during the first days following the murder of Alexandros Grigoropoulos (6th December 2008) in Athens. The film attempts to describe the chronicle of revolt through the eyes of those who participated in the mobilizations during the first three highly charged weeks."


I was one of the people who participated in the making of this documentary.
Posted by teacher dude at 4:34 pm No comments:

Posted by teacher dude at 2:24 pm No comments:


Thousands of people have thronged Thessaloniki (Greece's second largest city) city hall in order to apply for one of 900 jobs as road cleaners. Applicants include people with professional qualificatiosn such as architects and civil engineers according to local TV channels who interviewed those queing this morning.

While Athens says that unemployment nationwide is 14.9% trade unions and opposition parties claim that the figure is much higher, especially in the north which has seen much of its industrial base close down or move to neighbouring Balkan countries.

According to the latest Eurostate figures the Greek economy shrank at an annual rate of 6.6% in the last quarter of 2010, up from the 5.7% recorded in the third quarter.
Posted by teacher dude at 4:08 pm No comments:

Greek protesters chain themselves to government building in solidarity with 300 immigrants hunger strikers - Thessaloniki, Greece,, originally uploaded by Teacher Dude's BBQ.
As the hunger strike by 300 immigrants in Athens and Thessaloniki, Greece enters a critical phases dozens of supporters chained themselves to government buildings in the country's second largest city, Thessaloniki in a show of solidarity.

With the protest in its second month more than 78 of the participants have already been hospitalised and doctors treating the remainder warn that unless the strike ends immediately those taking part run the risk of permanent damage to vital organs. As of Sunday hunger strikers also decided to stop taking the salt and sugar solutions. Protesters also hung banners saying "The Papandreou government kills" from the balcony of the ex-Ministry of Northern Greece.

In Athens where 250 of the 300 immigrants are based Greek riot police broke up a press conference organised by human rights groups supporting the demands of the immigrants for legal residence papers.which was due to be held outside parliament.
More pictures on Demotix
Posted by teacher dude at 2:51 pm No comments:

There are moments when you cover a tense situation when the lines and boundaries and for a few brief moments you can move freely as a photographer from one side to the other. On the other the fluidity of these moments is also dangerous as you have to be aware of the possibility of attack from any angle.

Posted by teacher dude at 3:12 pm No comments: