Citizen Journalism and the Traditional Media

I'm currently at the media conference here in Thessaloniki on citizen journalism and I feel that I'm in the lion's den. Thankfully there are a few other bloggers around to give me moral support in this luddite stronghold.

Here are a few notes I made during the first few talks. They are a rough draft so please forgive any typos and the like. I'll tidy them up later.

With a delay of over an hour and wi-fi non-existent the 2008 conference on participatory journalism started. In the old days they used to say that money was the root of all evil, now it seems it is blogs. The conference so far seems to be a celebration of self-congratulation with a strong dose of fear mixed in, reflecting the traditional media's sense of terror over new means of communication.

A call for the incorporation of the new forms into the ancient regime. The problem is that like a dying empire the newspapers have a future no more assured that that of the Romanovs or the Hapsburgs. They desperately seek to define the coming changes in the vain hope that by naming the beast they can somehow control it.

At last something I agree with. The difference is not between new and traditional channels but between good and bad journalism, in that respect both sides have lot to answer for. 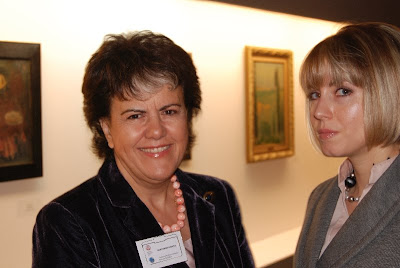 The issue of the reliability of sources was raised. The point was made that bloggers, in contrast with regular journalists do not check sources or cross check information. Once again we come up against the idea that print journalism is the gold standard to which all others, including bloggers should aspire.

In one way their argument would be perfectly valid if the world of newspaper reporting was filled with Woodwards, Bernsteins and Pilgers. Yet even the quickest of glances show that this far from being true. The reality is that much of print journalism is little more than gossip, political PR and life style musings. In that respect, bloggers, beholden to no one for either their living or their future career are given the freedom to utter blasphemous truths that may not find a place in traditional media.

In Greece, page after page in the newspapers is devoted to political coverage. However, a closer look reveals much of this is simply the thoughts, words and programs of those involved spewed onto the page with little or no criticism or analysis. the paper follows blindly the political line set down by the owner and the journalist is reduced to little more than a rancid mix of cheerleader and stenographer.

In such an environment to talk of integrity and professionalism borders on the ridiculous. The traditional media, through the compromises they have made either with the political administrations or vested economic interests have left the moral high ground and headed for the swamps.

The old charges are once again dusted off and brought out. Like old war horses they are are paraded to show that the new means of communicating are part of why the world is going to pot. Too much information, nobody is listening anymore, we don’t live our lives we record them, blah, blah blah.

Like old men bemoaning the morals of the young they refuse to see that anything good in the new world emerging. Their minds go back to fabricated pasts, beautifully crafted histories in which uncertainty, compromise and painful truths are airbrushed out with all the care and attention of a Stalinist propagandist removing Trotsky from photographs of the October revolution.

I look around at the room, at the young journalism students bored and restless, fidgeting while they wait for the talk to end. Some are taking notes, only a couple have a laptop or any other electronic means to record what is being said. 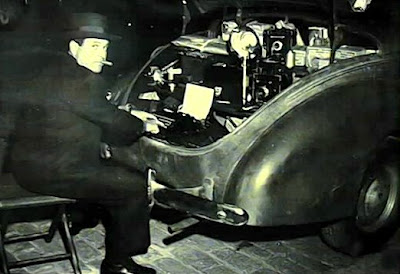 I have the terrible feeling that they are being trained by the professors speaking to be typewriter technicians, with a body of knowledge long outmoded, desperately waiting for history to be reversed, for some golden age to be restored. "Just you see the quill is set for a come back, believe me."

The blogger next to me asks the students behind me;

“Do you study journalism?”

“Where is your laptop?”

“They didn’t tell us to bring them.”

There you have it. Sheep led by donkeys.

The subject of anonymity on the internet has come up in the discussion with the idea that it allows people to express themselves in ways that are not acceptable in other situations. Their almost total technical ignorance is frightening. They seem to be totally unaware of the role of IP providers or the existence of an IP address. They are seemingly unaware of the opposite arguments concerning the suppression of free speech in countries such as China and Iran. They are terrified that somebody may say something nasty and so scream for control.

For the reaction of other Greek language bloggers who followed the event click on the links below.

For updates on the conference click here and here.
Posted by teacher dude at 12:02 pm

Very interesting. Thanks for sharing!

Hmmmm. Journalism students without laptops because they weren't told to bring them ? Sad... and a little scary.

It is sad that free speech is supposed to help protect journalists, yet they seem to be afraid of it.

Interesting irony of the technologically naive students in the room and the speakers wishing for the good old days.

@rouguemedic who said the journalists were free themselves? More often they are contractors or to use a stronger term "word mercenaries".

I did not state that journalists are free, but that freedom of speech is supposed to help protect journalists.

Free speech, at least in the US, is supposed to protect speech from government control, with some exceptions. It does not have to do with how well journalists write. In the US it is an ancillary benefit to journalists, being primarily for the benefit of the speech of the individual.

That's the most profound post I 've red about this conference.

Hey I like your blog ,it has nice pictures, interesting articles and explanations.You should write in http://www.allvoices.com/journalism and this will give your well written article more coverage.