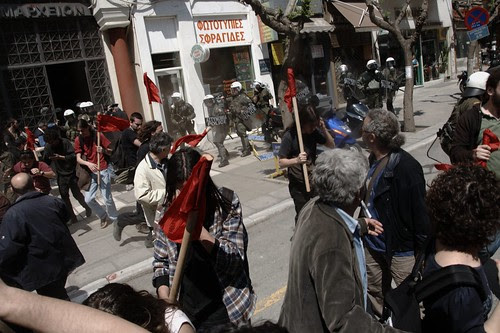 Several people were injured and at least two taken to hospital during the riot police attempts to breaks up a demonstration outside a town hall in Greece's second city, Thessaloniki.

The demonstration was over government plans to reorganise local authorities, a move opposition parties claim is part of Athens austerity measures and which will lead to massive job losses.

More photographs on Demotix.com
Posted by teacher dude at 3:40 pm