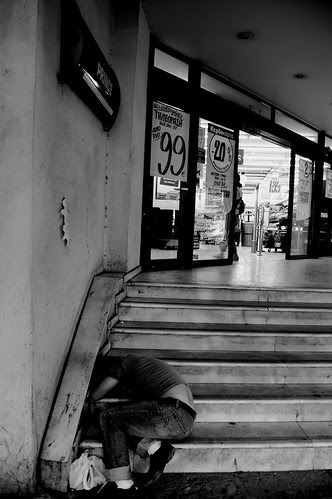 While the rest of the economy may be in freefall many of the large national and multi-national companies that dominate the Greek food and drinks industry have raised the price of a range of basic goods far in excess of the official rate of inflation.

This is the third time in twelve months that such increases have been announced further squeezing family budgets already under strain due to the ongoing economic crisis.

Consumer organisations have been quick to call for a boycott of companies considered to be profitering, however the reality remains that the retail cost of food and other everyday essentials remains stubbornly high. Many Greeks of all political persuasions argue that the reason the average consumer pays over the odds is the presence of cartels that choke competition throughout the country.

This week the Greek competition commission imposed a fine of 29.9 million euros on the Swiss food conglomerate Nestle for using its dominant position in the Greek market to shoulder out competitors in supermarkets and other distribution points.

Despite such penalties, the right of appeal combined with Greece’s slow moving legal system mean that there is doubt over how much will finally be paid out and when it will be paid.

In addition Greece’s competition commission is itself still embroiled in ongoing scandal following the revelation that some members of the commission allegedly asked for a 2.5 million Euros bribe from Greek diary companies in 2007 in order to reduce 25 million in fines fines imposed upon them for price fixing.

Even before the latest price hikes Greek consumers were paying 66% more than German and Dutch shoppers for basic supermarket items. As a result last year Greek food sales saw their first decline since 1974, a further indication that even before the global financial crisis many of the country’s poorest were cutting down on basics.

As the global slowdown starts to affect Greece’s most important economic sectors; tourism, shipping and construction doubts have been voiced about how much more lower income Greeks can cut from their family budgets
Posted by teacher dude at 10:43 pm

I do not have any reasons to doubt the facts of your post. However, the inclusion of the accompanying photo is quite objectionable and in my eyes is pure sensationalism worthy of the greek tv media. Shouldn't this photo be better suited to illustrate the drug problem in Greece rather that the cost of living and corruption dominating everyday life? I know that probably you don't care about one single reader's opinion but i found this post extremely dissapointing.

I chose the picture to illustrate the fact that a lot of people are being driven into the ground by the present situation and that it is deteriorating.

I know that it's hard to imagine such deprivation in Oxford but the reality is that this city is suffering badly. I see these scenes virtually every day.

It is not hard to imagine the challenges of everyday living in Thesslaoniki and the rest of Greece. My family and my friends stilll live there and i come to the city where i was raised regularly.

I guess what you are telling me is that the person depicted is someone who has been brought to their knees by the extortionate price of milk and not a victim of alcohol or narcotic substance abuse.

I have visited Greece few times and the food prices were really surprising! On the other hand, I have seen cafes and bars full of cheerful young people, no matter if day or night, so I got the feeling Greeks are enjoying days no matter what happens around :)
And I think it's possible to buy directly from farmers even in the biggest cities (I have visited open air market in Athens), at least vegetables and milk products...?
Take care, I wish we had your weather now! :)
Jay

Can you post a few current food prices? UK unsalted butter is £1 for a half pound pack and bread can be bought for as low as 50p a loaf in Tesco. Avocados 29p in Lidls. 2 course Pub Sunday lunch,£6 for 2! here in Glos, drinks extra.