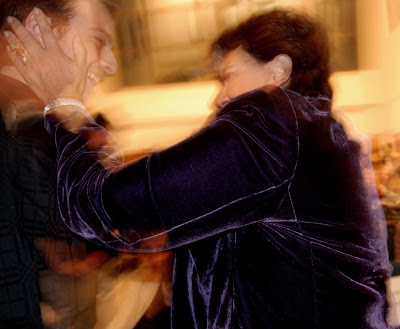 I thought I'd write a little more about the conference held in Thessaloniki and Athens on the role of citizen journalism, participatory media and more traditional forms of news coverage. I spent most of Monday listening to the different debates going on between bloggers, journalists and academics (see here for my first reactions). The debate then moved to Athens on Tuesday but unfortunately, I wasn't able to follow it on the internet as I had work to do and some citizen journalism of my own (click here) as Greece was in the grip of a wave of strikes and protests. 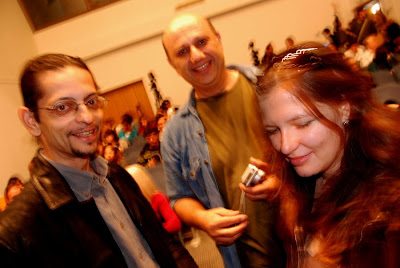 In the meantime I checked out what the Greek language blogosphere had to say about the subject. Reactions to the organisation and handling of the debate range from the cynically bemused to the scathing. A lot of criticism was aimed at the hosts of the event for the seemingly endless technical problems which effected everything from microphones (working, not working, δεν γνωριριζω/δεν απανταω) to the wi-fi coverage which seemed to disappear almost as quickly as it appeared.

In addition the hostile reaction of many of the Greek academics and older journalists in the first panel (see here for participants) combined with an ignorance of what is meant by participatory journalism didn't add to the quality of the debate. Instead they seemed to fixate on blogging and the supposed problems it causes. They totally ignored other channels such as Facebook, Twitter, cell - mobile phones and Youtube. If they had been students they would have got D- for preparation. 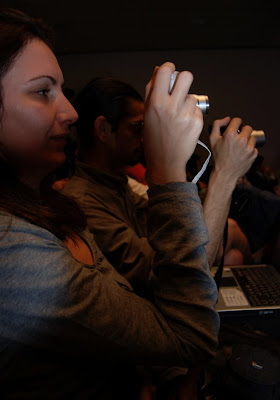 Instead there was a lot of time spent of the problems of anonymity in blogging and its lack of quality control. This theme was repeated again and again during the two other panel discussions and I was lead to the conclusion that many of these guys would be far more comfortable working in say, China or Iran where the authorities know how to deal with any pesky bloggers who write anonymously. On the other hand some of the mainstream journalists taking part such as Nikos Xydakis, who tried to give a more nuanced take on the topic.

Thankfully, in the second debate the bloggers invited, Asteris Masouras and Vasillis Sotiropoulos had the chance to argue the case for the benefits that a more democratised, internet media might offer. 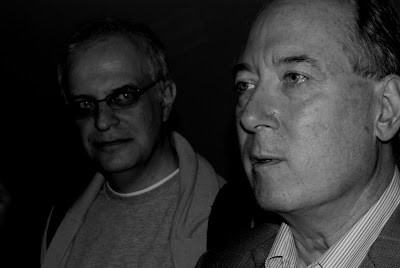 The highlight of the day was the talk by Dan Gillmor (click here to see a talk he give on citizen journalism at the University of North Carolina) who came to the conference at his own expense!!!!!!! and managed to raise the tone of the day's debate. I particularly enjoyed his view that now was a great time for someone to start a career in journalism as the cost of tools for actually producing and desseminating news had fallen to the point that anyone can do it. On the other hand he added that traditional journalistic values such as objectivity, thoroughness and accuracy would not go out of date.

One comment that he made that I found particularly pertinent was that journalists need to listen. A real irony in an event that lasted a whole day and in which the audience were permitted no more than ten questions. The organisers were more interested in grandstanding than in engaging and exchanging views with anyone but themselves.

I think the saddest part of the whole day was looking at the audience made up mainly of journalism students. As far as I could see only one had a laptop (on which he played Solitaire for the duration of the debates) and nobody seemed to be using any video or other recording device. They sat, bored, occasionally scribbling down notes whenever their professor spoke. 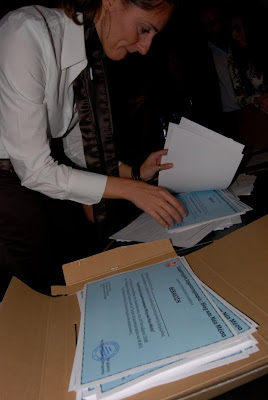 The few bloggers present stood out like a sore thumb not simply because they were using technology invented after the advent of the combustion engine but also by the enthusiasm they showed. Unlike the soon - to - be mainstream journalists, they did not rush for the doors at the end of the day to pick up their certificate of attendance but rather hung around chatted and asked Gillmor about his views on a variety of subjects.

Update. I managed to find this talk on Google Video which is basically the same talk as the one Gillmor gave yesterday. Actually, it is probably a fuller version as he had to cut down as his original talk at the last moment when the organisers couldn't get the translation equipment to work.

Having discovered you via your recent citizen journalism, I'm really glad to have the chance to explore back - and this on the conference is an eye opener.