Traditionally, August has always proved to the most dangerous month in Greece for forest fires. High temperatures, strong winds and difficult terrein have always proved a lethal combination for the nation's wooded areas.

This time it is the turn of the northern port of Thessaloniki to be the latest victim of forest fires which broke out this afternoon in the Seix Sou district, close to the city's zoo. The fire which is still raging burnt woods around several residential areas but so far there have been no reports of either burnt homes or casualties.

According to latest official reports the fire which is being fought on three different fronts is under partial control with several fire fighting aircraft taking part in the operation.

The Seix Sou areas was devastated in 1997 when a similar fire destroyed much of the pine woods surrouding Greece's second city. For The political background to Greece's forest fire crisis

"Interagency coordination obstacles and a weakened forestry service continue to threaten Greece's ability to adequately protect its forests, wild lands, and meet climate change targets. Greece recently agreed to associate with the Copenhagen Accord through the EU (ref A), but by not addressing its growing wildfire problem, it leaves a significant gap in its climate change priorities.


Post has engaged many forest policy officials, pressing for a forest protection policy based on prevention rather than focusing on reactive measures. Greek officials have been thankful for U.S. support, primarily U.S. Forest Service (USFS) training through a $2.1 million USAID package that is set to run out in 2010. In recent meetings, Greek officials have been somewhat responsive to Post's engagement, stating their hope to establish legal forest boundaries and ramp up public prevention campaigns.


As the wildfire season approaches, Post continues to encourage responsible policy from the Government of Greece (GoG) to protect the country's natural environment, as part of the global effort to combat climate change."

No sitting on the fence in Greek PM, Giorgos Papandreou's New Greece

It's 40 years since Easter Germany or to give the defunct state its full title, The German Democratic Republic (GDR) set about erecting a wall around the western sector of Berlin and so cutting off contact between the citizens of the capitalist West and socialist East. In it's way the wall or "Anti Fascist Protection Rampart" was an admission of failure on the part of the East Germans, a sign that they could not convince their own people to resist the siren call of the West with its democratic right, shiny consumer goods, fresh fruit and veg.

Likewise 40 years on another barrier was erected recently here in Greece, hastily thrown up, almost overnight it does not rival its German counterpart in either in size or durability but does, it its own way signal the end of a dream and is, like the Berlin Wall, also an admission of failure on behalf of a government that cannot trust its own people.

On the seafront of Thessaloniki, Greece's second largest city, a 1km chain link fence has been erected around the luxurious 5 star Makedonia Palace hotel and though no official announcement has been made the purpose of the barrier is clear to anyone familiar with local politics. The hotel will, as it does every year play host to Greek prime minister, Giorgos Papandreou and most of the cabinet who decamp from the capital to attend the opening ceremony of the Thessaloniki International Trade Fair.

The event, which marks the official start of the winter political season, involves the prime minister talking to the country in the nearest thing Greece has to a State of the Union address. It also marks an opportunity for trade unions and activists to flex their muscle in run up to the coming parliamentary session. Even in normal times the trade fair is a tense affair with both sides indulging in a show of strength and often with clashes between the more "warm blooded" participants and the police.

However, these are not normal times in Greece; the ecomony continues to shrink at an alarming rate and unemployment is soaring, especially here in the north. On the other hand the ruling PASOK party, which is barely able to muster 16% in opinion polls has nothing to placate disgruntled civil servents, trade unionist and voters general. The EU/ECB/IMF austerity measures have crushed consumption and put the Greek economy on life support. Worst of all, any hope that such cuts in public spending will help improve people's prospects in the short term have proven illusionary and as a result there is a ground swell of popular dissent which will probably find a new focus coming the prime minister's visit and hence the fence.


Like the Berlin Wall the fence also marks the end of a dream as it is concrete evidence of the growing divide between ruler and ruled in Greece and the end of an era for the ruling socialist party. When I first arrived in Greece at the end of the 1980's I was astounded by the popularity of the nation's political leaders, both on the left and right. In particular Andreas Papandreou, founder of PASOK and father of the present PM Giorgos Papandreou was still able to draw massive crowds numbering hundreds of thousands during election campaigns. Ironically, He often chose the Macedonia Palace hotel to give his speeches when in Thessaloniki as attendence was so massive that no other venue could acommodate everyone. For miles in either direction the seafront would be full of eager PASOK supporters following the speech via a long line of loudspeakers that stretched from the port to the old fun fair, a distance of no less than four miles.
But that era has long since disappeared, a victim of the rise in TV campaigning and a growing disillusionment with not just PASOK but the entire political scene in Greece. Instead of a sea of adoring fans Papandreou Junior is forced to erect fences which undoubtedly will be manned with thousands of riot police to defend himself against the very same people who once so ferevently supported his party.


Of course, you can only take a comparison so far, and the fence around the hotel, unlike the Berlin Wall will not be manned by soldiers with shot to kill orders and most of those fleeing Greece are going to escape poverty and not political oppression but there are enough similarities between the two to warrant a reappraisal of what exactly is the relationship between Greece's political elite and those it purports to represent.
Posted by teacher dude at 12:19 pm 20 comments: Anti-government protests - Thessaloniki, Greece, a photo by Teacher Dude's BBQ on Flickr.
Posted by teacher dude at 8:20 pm No comments: 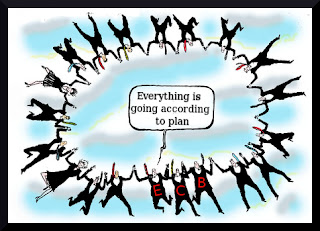 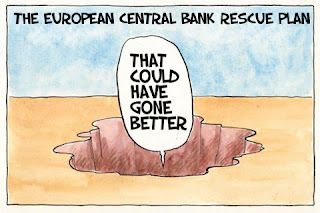 Summer concert - Thessaloniki, Greece., a photo by Teacher Dude's BBQ on Flickr.
A couple of weeks ago I went with my daughter and her friends to a free open air concert in the centre of Thessaloniki. The perfect antidote to the doom and gloom of recent months.
Posted by teacher dude at 1:09 pm No comments: